May 2015 Crosby Family Wine Tasting. Big thank you to Mike & Laura Crosby for hosting such a great event in support of Team Anthony and kick off to summer!

May 2014: Art Show. Special thanks to Lindsay Jordan and friends.  She opened her home, organized awesome artists, and a fantastic night was had by all in support of the Team Anthony Fund!

October 2013: Wine Tasting Fundraiser. Thank you Norm & Eileen Cole along with Joe & Terry Fannon and all who helped make for a great night. 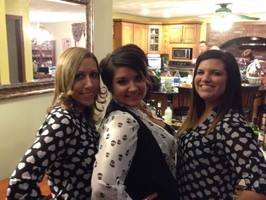 July 2013: Special thanks to Comedian Jamie Camire from the Minds Over Matter Comedy Tour for coordinating an amazing fundraising event.  Together Team Anthony sold out two nights of shows at Giggles Comedy Club in Saugus.  Thank you to all who came out to support Anthony Jr.  Words cannot express our love and gratitude!

February 2013: We are excited to annouce that we successfully raised $6400 for Boston Children's Hospital.  Team Anthony participated a Spinathon at Boston Sports Club as way to raise to funds for Children's. 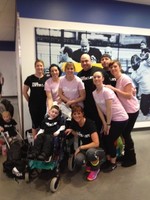